Do you ever come across something in home decor, stationary, or fashion that as soon as you see it you know you want to make a card inspired by it? I know I do! Last month my son got a birthday gift in the gift bag shown below and as soon as I saw it I knew I wanted to make a card using the colours in it. I was also inspired by the two-tone use of each colour and the geometric pattern. 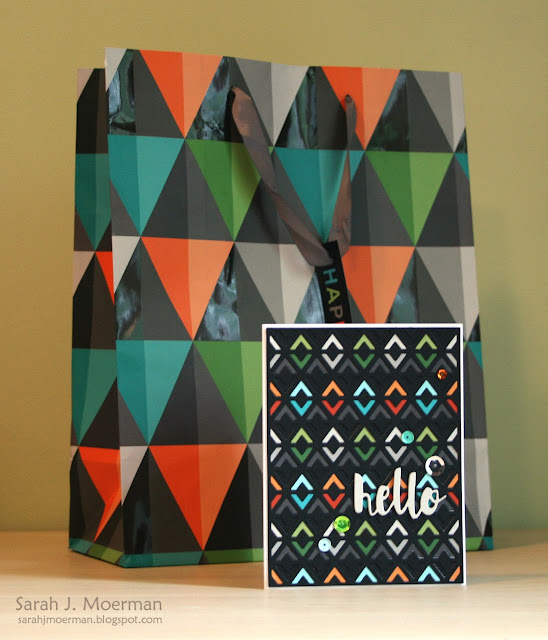 Here's a close up of the card: 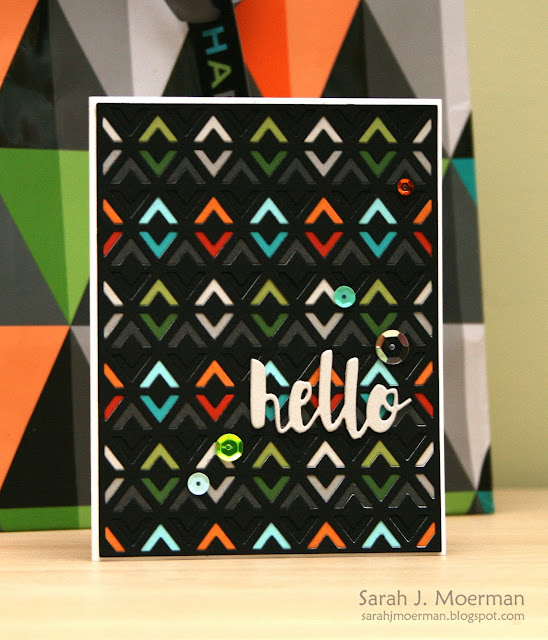 Initially, I had used white cardstock with the Simon Says Stamp Triangle Pattern Background Die but once I got all the colourful little die cut pieces in place I realized it didn't have quite the feel of the gift bag. Rather than redo the whole card I just die cut the background again in black and adhered it on top. It adds a little dimension and on an angle you can see a bit of the white peeking through. I then die cut three pieces of Simon's Fog Cardstock using Simon's Painted Hello Die and adhered them together for added demension before adding the sentiment to my card. Finally, I finished things off with some of Lucy Abram's fabulous Sequin Shaker Selections, which Simon Says Stamp carries!

Thanks for stopping by! I'll be back later this week with a card using Simon Says Stamp's September Card Kit.

Wow, Sarah! This is so stunning! Great job!

How did I miss this die? This looks really cool

Very modern and fun look. Really like the brights against the black. Hugz

AWESOME!!!! This is truly wonderful and exciting, most anyone would love to receive this card.

This looks so cool, you nailed the CASE of the bag!

This is so brilliant! You totally nailed the inspiration from the pattern. I think your card pattern is actually way better than the bag!! I do this quite a bit when I'm looking thru Home magazines and see cushion covers and art etc that I know can be turned into a card. So good to know I'm not the only one inspired by random things!!

WOW... this is very cool!!!!! Love your inspiration and the card. Thank you so much for the inspiration!

Oh my gosh, I just love this! What a great coordinated set!

THIS IS AMAZING!! Beautiful inspired card by that really awesome looking bag :) 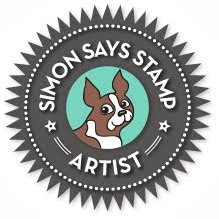 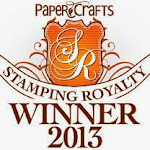